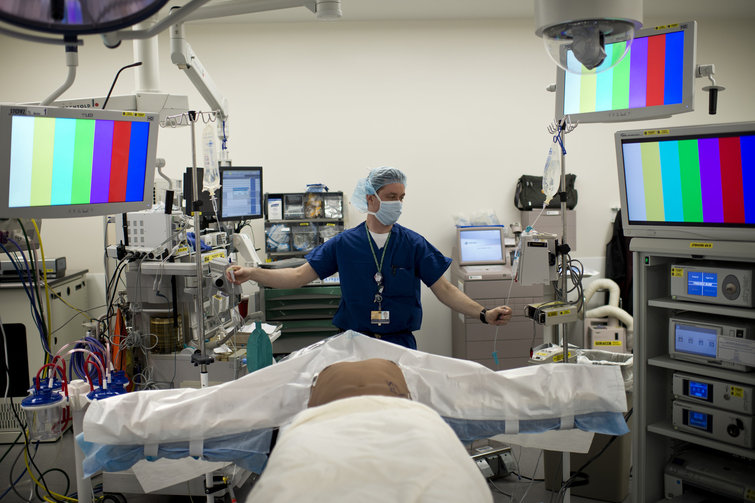 The median salary for anesthesiologists who started jobs last year was $300,000 — about twice as much as the pediatrician who just started off. 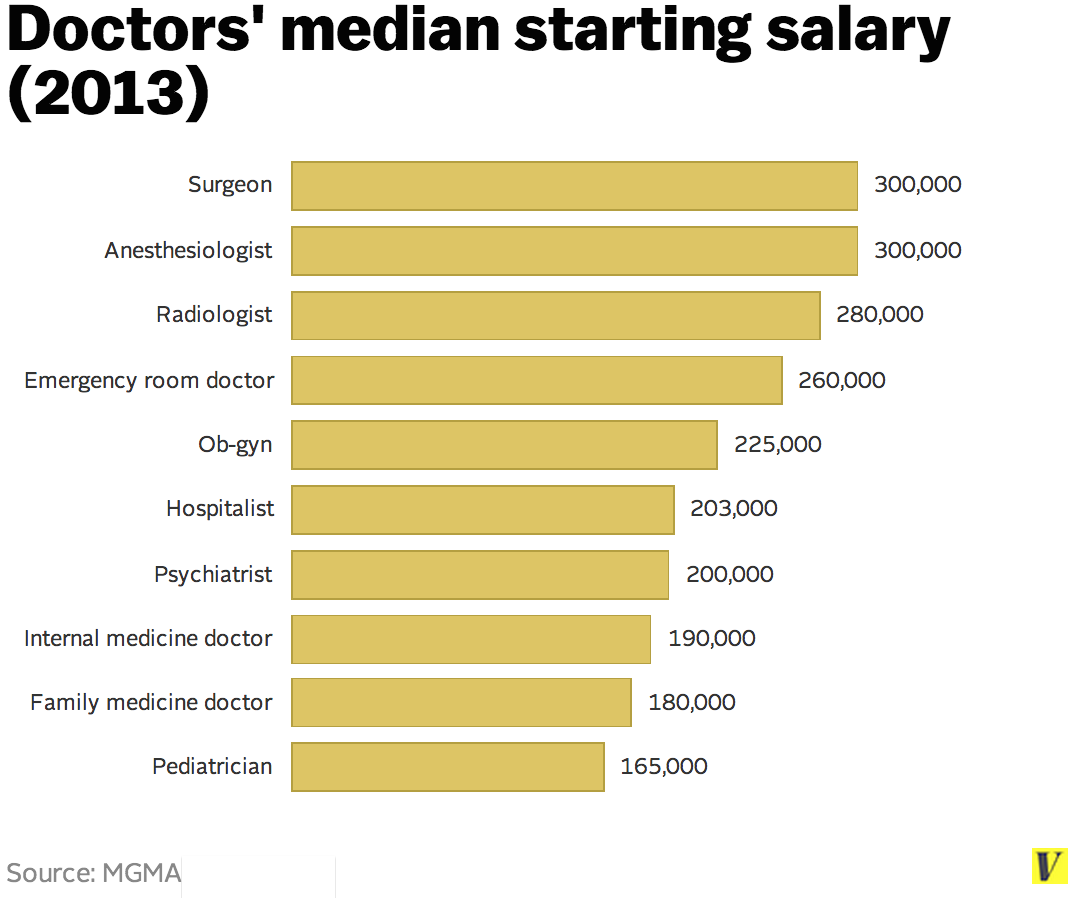 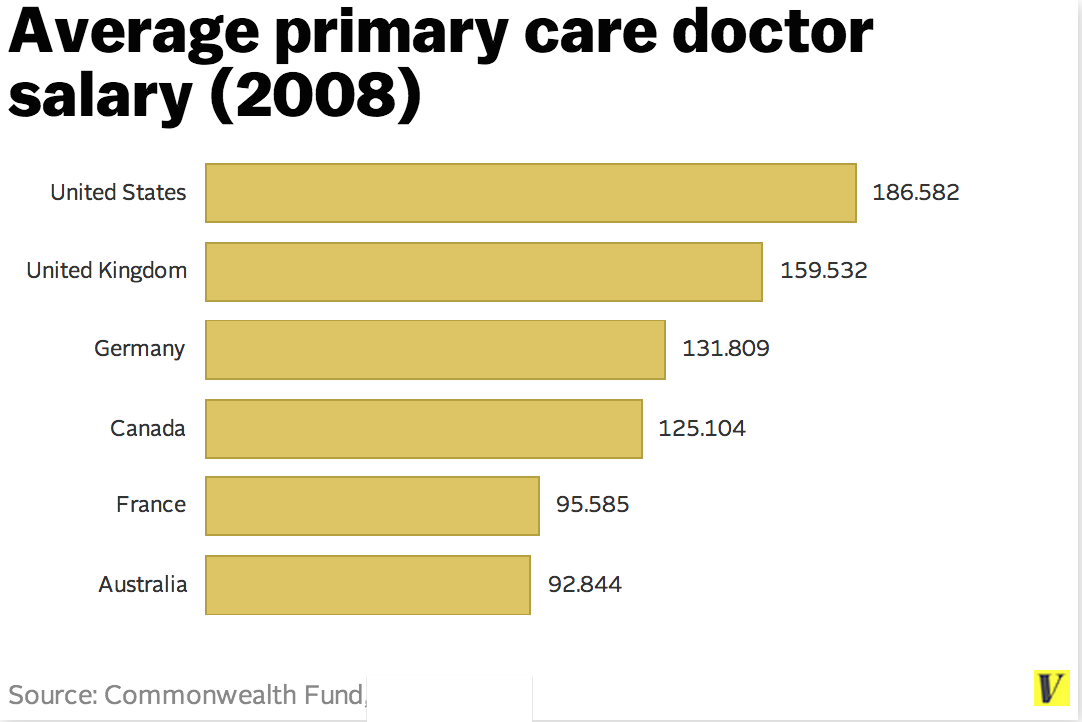 Doctor salaries are a pretty significant part of the reason why the United States spends more per person on health care than any other developed country. About 56 percent of all medical spending goes to paying health care workers, rather than buying prescriptions, for example, or medical equipment.

And health care wages seem pretty resistant to economic downturns. Research in the New England Journal of Medicine found that health care wages increased by 3.4 percent annually during the recession, while wages fell in other sectors.

How does American health-care spending compare to other countries?

The United States has higher per-person health-care spending than all other industrialized nations. The most recent international data from the OECD estimates that the United States puts 17.7 percent of its economy towards health care (slightly higher than CMS’s estimate of 17.2 percent). The OECD average is 9.3 percent. 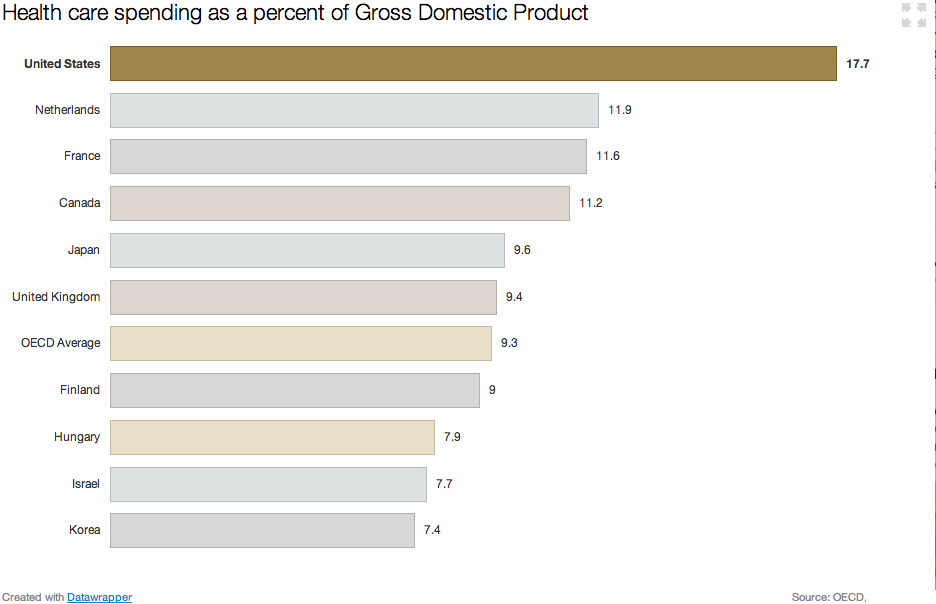 Much of the difference between health care spending abroad and in the United States has to do with prices. Americans don’t actually go to the doctor a lot more than people in other countries. But when we do, our medical care costs more. Specific services, like MRIs and knee replacements, have significantly higher price tags when delivered in the United States than elsewhere.

One thought on “What doctors earn when they graduate, in one chart”